NSF EPSCoR CAWT is inviting you to a scheduled Zoom meeting.

Please find attached the competition full description and budget form for this call.

The deadline for submission of proposals is Wednesday, December 14th, 2022, at 5:00 PM or earlier.

Arturo J. Hernandez-Maldonado, PhD
Professor of Chemical Engineering and
Director of the Center for the Advancement of Wearable Technologies

Use of Deep and Machine Learning for PPG Signals Classification

The NSF EPSCoR Center for the Advancement of Wearable Technologies (CAWT) is accepting applications for Fall 2022 Fellowships (August to December).  — > (LINK) < —

STEM for all video Showcase
Greetings to all:
Thanks to your support, we won the “Public choice award” at the NSF- STEM for all video Showcase events. If you have not yet seen the video, you can still watch it at the following link https://stemforall2022.videohall.com/presentations/2532
The video became part of the “STEM for all Multiplex” collection, the most extensive collection of videos of initiatives funded by federal agencies to improve education in STEM disciplines.
This was possible thanks to the efforts of our scholarship recipients—my special recognition to Carlos Malca, Yelitce Reales, and Claudia Zuluaga.

The funds granted will be used for research in the development of biosensors, artificial intelligence and materials and battery electrochemistry.

With approximately $20M to develop physical and human infrastructure in areas of wearable technology, UPR’s Center for the Advancement of Wearable Technology (CAWT), sponsored by the National Science Foundation (NSF), grants seed money to 4 new professors for research in the three main areas of the proposal: sensors for medical applications, power for those sensors (development of batteries capable of keeping the sensor working) and artificial intelligence.

The vision of the Center for the Advancement of Wearable Technologies (CAWT) is to (1) advance the fundamental and applied science of biosensors, portable power/storage, and data analytics to enable next-generation wearables; (2) provide an engaged and diverse workforce for the Nation’s wearable technology (WT) sector; and (3) stimulate economic development in Puerto Rico. By 2019, the market value of wearables will reach $25B worldwide. This number is expected to increase as advances in nanoscience and technologies are used to build devices with functionality and physicochemical characteristics that can then be adapted to WT. PR EPSCoR seeks to leverage existing strengths in nanoscience, nanotechnology, and cyberinfrastructure as well as a host of academic, industry and government partnerships to discover new knowledge and technologies in the basic science underlying WT. CAWT brings together 41 scientists and engineers (including 12 new faculty hires) from five University of Puerto Rico campuses: Mayaguez, Rio Piedras, Medical Sciences, Humacao and Cayey – and one private institution, Universidad del Turabo. Also participating in this effort are 23 partner institutions, including 6 national laboratories and the recently formed NSF ERC for Cell Manufacturing Technologies (CMaT) based at the Georgia Institute of Technology. CAWT is aligned with 2 of the NSF 10 Big Ideas: (a) Work at the Human-Technology Frontier and (b) Harnessing Data for 21st Century Science and Engineering as well as the PR S&T Policy.

Vision: To advance the fundamental and applied science of biosensors, portable power, and data analytics to enable next-generation wearables while providing an engaged and diverse workforce for the Nation’s wearable technology (WT) sector, and stimulating the economic development in the Commonwealth in concert with the Jurisdiction’s robust medical device industry.

Mission: Create and sustain an internationally competitive center that will conduct R&D and innovation, insert a WT educational component into the K-20 continuum, promote human resource development in WT, and promote innovation and commercialization in the Jurisdiction. 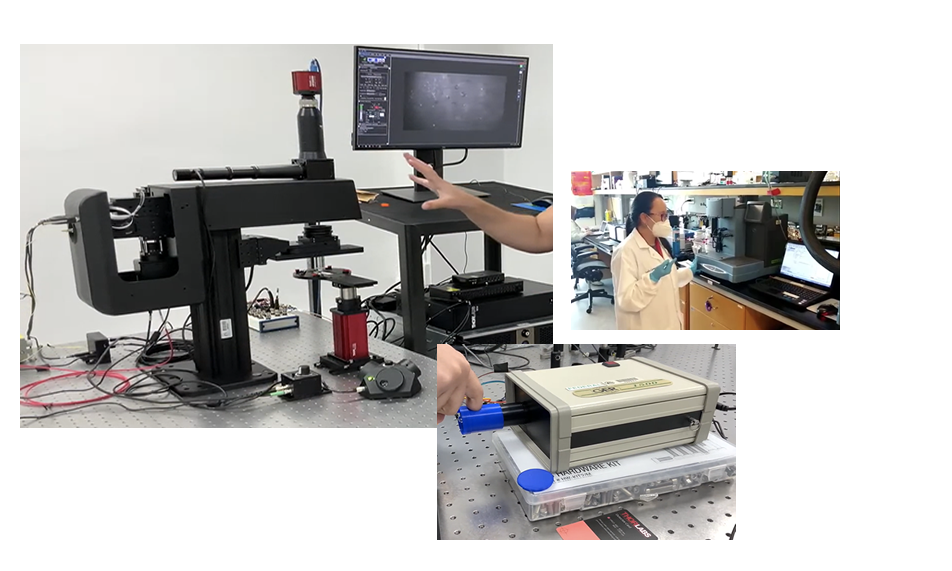 LEANR MORE ABOUT US

IRG1 - Engineering of Sensors and Biocompatible Technologies for Wearable Devices

Brings together material scientists, engineers, and biologists to understand what governs biomaterial/tissue interactions for use in WT.

Wearables will develop machine learning and big data tools in their own right as well as support efficient, targeted experimental design in close interaction with the researchers in IRGs 1 and 2.
LEARN MORE